Getting married in Rome: a catholic marriage that is a dream come true

Getting married in Rome: a dream come true

Getting married in Rome in the Vatican City

A marriage in the Vatican is a reference point for all Catholics and the City of Rome; with its history and charm, is the most sought after destination for those wishing to marry with a Catholic ceremony.

The Vicariate within the Vatican City, offers three possible venues for a Catholic marriage.  The first option to getting married in Rome is inside Saint Peters Cathedral in the choir chapel; the second is the Church of Sant’Anna dei Palafrenieri and the third is the Church of Santo Stefano degli Abissini. This is an early Christian church of sober beauty that lies just behind the apse of the Cathedral.

The first option (choir chapel) the spouses and their guests will enter the Cathedral with all the other tourists and pilgrims. Then they will make their way to the centre of the left side of the nave where the chapel is situated,  a large rectangular space.  This chapel is essentially for the choral liturgy of the Basilica’s clergy whose prayers continue uninterrupted since the fifth century, and is the chapel allocated for wedding ceremonies.

Where to get married outside S. Peter Basilica

The second and third options (Churches of Santo Stefano degli Abissini and Sant’Anna) the spouses have a more private venue.

The Vicariate of Rome handles all the arrangements for the ceremonies in these venues. Because of the sacredness of the ceremony, they do not allow wedding planners to plan the ritual and allow them only a supporting role for the couples, but only initial information and checking that the ritual and procedure is as wished for by the couple, correcting small details connected with the organization of the event.

Contact us for more information regarding the conditions and the steps to follow to get married in the Vatican.

The Vatican State is a microstate of only forty-four hectares, a little larger than a good golf course. It is the heart of the Catholic Cristian Church; the seat of their leader ‘The Pope’ and of the Catholic government ‘The Holy See’.  It is not part of the Italian State.

This very small sovereign state, on and around the Vatican hill, was created on 7th June 1929 with the ratification of the Lateran Pact, which had been signed on 11th February 1929 between the Holy See and the Italian Government.  This pact gave rise to a sovereign entity, supplemented by all the instruments common to every state society such as the Vatican City State.

Therefore once married in the Vatican the spouses must validate and transcribe their marriage in their country of residence.

The canonical wedding venue in Rome, the one who is celebrated in the Vatican, is a signed and sealed public act, officiated by the parish priest or his delegate.  The original remains in the parish registers and a copy of it in the Civil Status Office of the Governorate of the Vatican.  At the request of the spouses, the Vatican can have the deed transcribed in the civil status registers of the country of residence of the spouses, or in the country to which the applicants are nationals. The transfer of the documents takes place according to international ritual procedures. In specific, the Vatican communicates the marriage act through its diplomatic channels to the Secretary of State of the country requested by the spouses for the civil registration of the marriage.

Getting Married in Rome 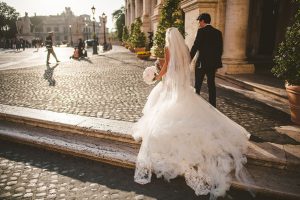 A Catholic Church marriage in Italy (not within the Vatican City) has religious and civil value, according to the Lateran Pacts of 1929 between and Italian State and the Vatican. The spouses are required to activate the transmission of their marriage to their country of residence.

Intimate Italian Weddings’ team can assist you to getting married in Rome with the civil registration, supplying you with a list of documents required, depending on your nationality, and checking on how the paper work is proceeding. We can find a priest who can deliver the service in your language.  The Vicariate will offer you a priest for the ceremony, but they are not obliged to find you one who speaks your language.  If you chose to have a priest who does not speak your language, by Italian law, you are required to have an interpreter, at your expense.

Rome has the highest concentration of churches in any city in the world, over 900, many of which are real works of art and of immense beauty. The choice is vast.

Contact Intimate Italian Weddings for details of the most beautiful churches and unique venues for a wedding in the Eternal City, Rome. 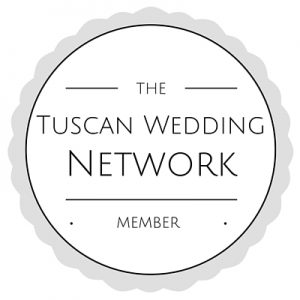